Danish trio Mont Oliver have released their debut EP ‘19’. A four track EP that is available to download for free from Soundcloud.

Mont Oliver are a group with a lot of potential, ‘19’ is a EP that smashes sounds, genres and beats together and gets them to stick perfectly. Hip-hop beats, trip-hop synth, indie vibes and lead singer Jacob Hammershøj’s distinctive, amazing vocals. This EP displays a band of musicians who can each bring something fresh, unique and talented to the table but more importantly can get all the sounds to work and support each other.

The debut EP includes four tracks: “19”, “White Sheets”, “Golden Glow” and “Nobody Knows”. All are standalone songs that are separate in vibe, emotion and sound but all are obviously Mont Oliver tracks. That is probably the most rousing element about this band, the range and breadth of their potential musical creations is huge.

First track ‘19’ starts with the lyrics “This Is where you want to be”, and you very quickly realize that this music is exactly where you would like to be. The song begins with a slow, old scool hip-hop beat which is soon combined with some deep piano keys and Jacob Hammershøj’s crispy clear vocals. This sets the tone for the rest of the EP, as it shows that this music is not going to be here nor there but each song is going to be a bit of everything. ‘19’ combines some of the best elements of trip-hop and indie music while having that awesome hip-hop beat keeping everything in shape. The dark distorted synth adds a little more of an aggressive, smoky undertone, however this is lost in the euphoria of the high, sparkling chorus which breaks away from the songs hip-hop foundation and rises into a loud trip-hop sounds which resemble sounds created by trip-hop artist Rustie. ‘19’ also introduces us to Jacob’s amazing falsetto voice which is a standout element throughout the EP. His voice is often one of the clashing instruments that make the Mont Oliver sound so unique.

‘19’ is followed by the track ‘White Sheets’ which was released earlier this month. It’s combination of hip-hop vibes 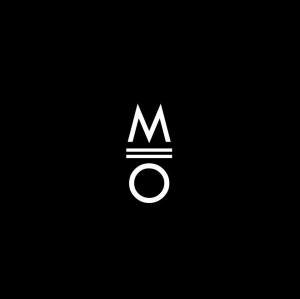 encompassed in electro-pop sounds makes for a catchy and well-rounded tune. You can’t help but bob along to the rhythm while the chorus is sang in a beat spaced staccato style. Some more exquisite vocals are song in sharp contrast to the murky chorus voice, but despite the contrast it never interrupts the tracks flow. White Sheets is an addictive song as the layered sounds along with the Staccato chorus will probably remain stuck in your head by the end of the EP.

‘Nobody Knows’ Is the first song that does not start with hip hop beat that is swallowed in electro – pop sounds, ‘Nobody Knows’ starts with some soft house pulses that are soon surrounded by an urban beat. There are many, many influences that you hear Mont Oliver grasp and mould, this is perhaps the most unique of the four track EP with maybe some The Beloved-esk noise early on. ‘Nobody Knows’ is just a cool chill out track, drifting away from the indie exterior and into a soft house, pop scene that is all their own. Just when you think ‘nobody knows’ has exploited its chill out pop vibe the song goes into a long, harmonizing verse assisted by some beautiful piano sounds carting the song to its conclusion.

Just when you are nice and relaxed after ‘Nobody Knows’ ‘Golden Glow’ arrives on the scene with its dirty phonic,
atmospheric strings which are quickly accompanied by high pitch squeezing Theremin like sound. This grimy combination is somewhat soothed by Jacob’s silky vocals but even when the pitch rises the aggressive tone remains. There is something unique about the atmosphere about all the songs on this EP and Golden Glow definitely has the most intense, it sounds like the sound track to a film fight scene.

Mont Oliver are currently out on a 22 date tour of their native country Denmark. They have plans to come visit the UK in early 2015 at a number of venues. Until then ’19’ is available for free download on the band’s Soundcloud after being released by Danish label Fake Diamond Records.

Black Pistol Fire are a talented two-piece piece band hailing from the southern US. They released Big beat 59 in August this year, a fast moving, thoroughbred rock n roll album. I did a review on the album recently after it came out and it has become my favourite realise of the year. Drummer Eric and guitarist/ singer Kevin took some time out of their tour in the North America to answer a few questions.

Q1. There’s a lot of bands you have been compared with, The Black keys and The Kings of Leon being the main two, but who did you gain the most inspiration from while making Big beat 59?

E – I’ve seen us been referred to as “Punk N Roll” before and I think that holds true on Big Beat ’59. The album as a whole has a lot of different sounds where “Beelzebub” is gospel, “Hot Mess” has an Americana vibe, and “Dead Love” definitely has a Zeppelin II+III feel. Overall though, the biggest influence has been old 50’s style rock and roll. We (especially Kev) are really into Buddy Holly, Chuck Berry, and Little Richard. I think it was a matter of taking that original sound and updating it with our energy and modernizing it.

Q2. What was your main reason for becoming a two piece band?

E – Kev and I have been friends since we were in Kindergarten. That’s over 20 years of friendship. We’ve also been playing music with one another for about 12 years. We’d had other members in different bands, but we have such a strong bond personally and musically that it’s kind of hard to throw someone into that. When we play live, I think we’ve learned to read each other and change things up at the drop of a hat if we want. It makes things easier in one regard, while it also makes it a lot more difficult by limiting yourself.  At this point though I wouldn’t have it any other way.

K -Becoming a two piece band happened by accident. Eric and I played in a band back in Toronto as trio, with a bass player. But sometimes things don’t work out. Sometimes the chemistry is just not right. I wasn’t really happy playing in that band by the end of it, so I decided to move to Austin and really make a push with the music. Eric said that he also had plans of going to Austin, and by the time I got down there he had already booked shows for us. It was just the two of us, so we played them for laugh and it turned out people were really digging what we were doing. We had always jammed/rehearsed as a duo, so I guess it just became very natural thing to do it live.

Q3. Why do you that southern USA rock sound is so popular in the UK?

E – I think Southern Rock is just feel good music that sets that stage for people to let loose and have fun. Those sounds conjure up images of people getting down and having a party! And man do y’all know how to have a good time over there, so it’s a natural fit. Your festivals look MENTAL!

K -The Southern U.S was the birthplace of so much influential music (country, rythym and blues) and it developed into rock n roll which really shook things all over the globe. I think the U.K has always had a great taste for amazing music!

Q4. Did you think it important to bring out a second album quickly after the release of Black Pistol Fire or were all the ideas already in place for BB59?

E – I think we always want to keep going forward. If we’re not on the road touring, there’s no reason to just sit around. Kev is constantly writing and we’re always working on new songs. Even though Big Beat ’59 just came out, we went ahead and recorded 11 new tracks just last month. So we’re hoping to release another album early next year at some point. I think it’s important to keep momentum up. And also, some of the stuff we’re playing around with is just so good!

K – I am always constantly writing, so we were ready to go into the studio. If we have songs, we record them. Our tour schedule has not been too crazy, so we have been fortunate enough to have the time to record. We are actually just finishing up our third LP at the moment which will hopefully be released in early February 2013.

Q5. There are a lot of different sounds throughout the album but yet I think the sound stays undeniably your sound throughout. What do you think it is about the music that makes it sound so you?

E – It all comes down to the energy and passion that we play with. There’s 2 guys playing on the album and whether its drums, tambourine, electric or acoustic guitar, or mandolin, it’s coming from us. And Kev has an unmistakable voice that carries throughout so when you hear him, you automatically associate it with BPF. While we’re influenced by so many different kinds of music, we’re the ones that are playing around with all these sounds.

K – We just play with the same intensity that we also play with when it’s the two of us. I think maybe that is what makes our sound, whether it’s, stomping our feet, clapping our hands or pickin’ a mandolin!

Q6. Are there any plans in the near future of you coming to the UK for a few gigs?

E – Not a day goes by where a fan from the UK doesn’t hit us up online and ask when we’re heading over there. We’ve wanted to for so long but we just haven’t found the right promoter yet. It’s a very costly trip to make when you think about it. We’re actually working on getting some business set up in the UK right now. I’d say that one of our primary goals for early 2013 is to get over to that side of the pond. It’ll happen, it has to!

K – Yes! Hopefully, we will try and make it over there in the very near future. There are a few things in the works right now, but I won’t say too much.

Q7. Finally, what are your hopes and aims for the future after your quick rise in popularity since your first release?

E – I think we want to keep making and playing the music that we love and get it out there to as many people as we can. And play for some bigger crowds. I’d say that 2 huge goals in the future would be to play Glastonbury in the UK and Bonnaroo in the US.

K – We really want to tour the U.K and play as many festivals as we can. The main drive is to just try to keep making good music!!